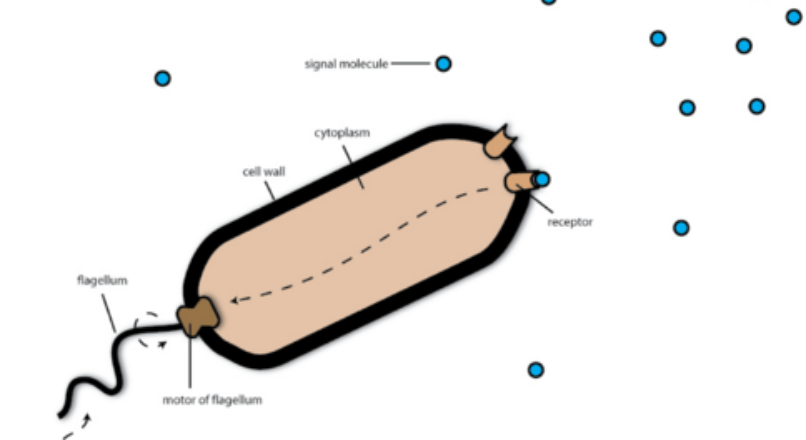 There are two types of chemotaxis:

Negative chemotaxis is away from the chemical. It is the movement towards the low concentration gradient of the chemicals. This movement is opposite to the chemical gradient. 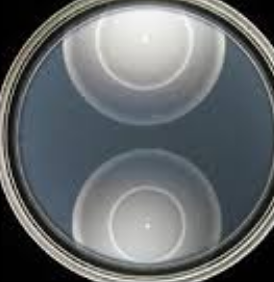 There are two types of bacterial behaviour that respond to chemicals in their environment.

Repellents are the chemicals that are toxic to the growth of bacteria. These may be antibiotics, toxins and bacteriocins. These chemicals are produced when bacteria are present in a competitive environment. Bacteria produce different bactericidal and bacteriostatic components for survival in a tough environment. When bacteria move towards repellent; bacteria tumble fast and delay its run movement. When bacteria move away from repellent, bacteria run fast and delay its tumbling movement.

The filament is the part that is composed of flagellin protein. It is helical part of the flagella. The protein amino acids arrange to form a helical structure. This helical structure makes the flagella a hollow structure. The ribosomes that are responsible for synthesis of the flagellin protein are present in the cytosol of cell. These proteins are transported to the outside of the cell with the help of the transporter proteins. The amino acid adds into the growing tip of the hollow core and synthesizes the filament of flagella.

Proteins are present for the regulation of flagella for the movement. These proteins are called as CheW and CheA. These proteins bind to the receptor and then regulate the flagella movement. When the receptor is not active and the ligand is absent for the activation of the receptor, auto-phosphorylation of CheA protein in histidine kinase take place. This auto-phosphorylation in CheA protein is responsible for transferring of the phosphoryl group to the conserved aspartate residues. The phosphoryl group is accepted by CheB present in the cell. The transfer of the phosphoryl group activates the binding of CheB and CheY in the cell. This is called two-component signal transduction in which the two component of the cell sends signal to the cell. CheY is responsible for inducing the tumbling motility in the bacteria cell.