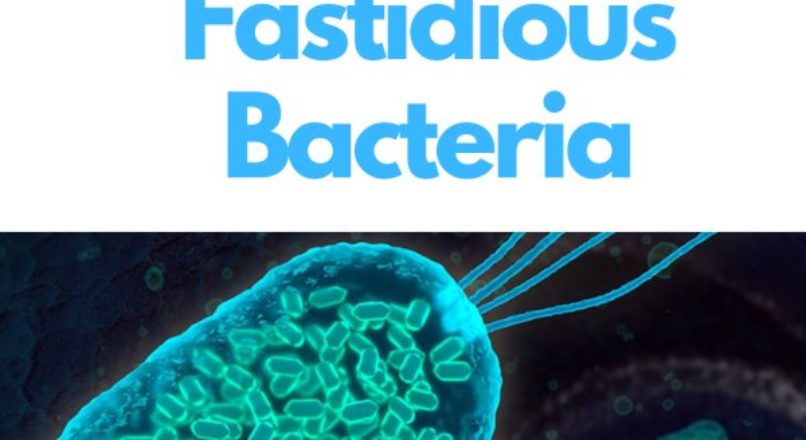 Fastidious Bacteria| From the Perspective of Microbiologist:

The word ‘fastidious’ is taken from fastidiousness, meaning difficult to grow. The intent of the article is to provide readers with information about the general characteristics of fastidious bacteria. So, let’s start.

What are fastidious bacteria?

Why fastidious bacteria are important to discuss?

Fastidious bacteria, the slow-growing organism, are not so easy to cultivate in a laboratory. Their importance to clinical relevance is due to their less sensitive to culture test. For example, the specimen taken from a patient is cultured on growth medium for the detection of fastidious bacteria. The negative result not necessarily indicates the absence of bacteria from the sample. The bacteria maybe is unable to grow on the medium.

Growth medium, as the name indicates, is a source of nutrients for the optimal growth of bacteria. It is essential to culture different bacteria in a laboratory for research and diagnostic purposes. There are many types of growth medium. But here we will look at the mediums used commonly for the cultivation of fastidious bacteria. 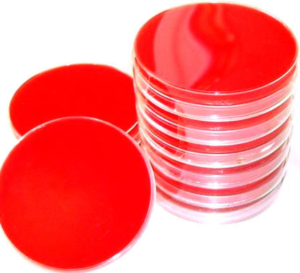 Blood agar is a medium that is used commonly for the growth of fastidious bacteria. It is simply made by the combination of blood (from any mammalian specie, for example, human, sheep, horse) and nutrient agar. It is enriched media and generally supports the growth of many bacteria. Its composition include; 1.5% agar, 0.5% NaCl, 0.5% peptone, 0.3% beef extract, 5% defibrinated mammalian blood and distilled water.  Its preparation includes simple steps: 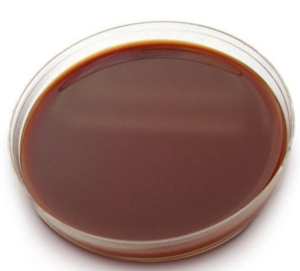 RBC, when hemolyzed, releases Nicotine adenamide nucleotide. It also deactivates some growth inhibitors. It makes some bacteria to grow only on chocolate agar, for example, Neisseria gonorrhoea.

Legionella is a gram-negative fastidious bacillus. Microbiologist had at least identified 40 species of legionella. Legionella pneumonia is most important. The species of this genus are known to cause pneumonia in humans.

Mode of transmission is airborne droplets and drinking contaminated water. It binds through specific receptors on alveolar macrophages; phagocytic cells engulf it. It is an intracellular parasite; somehow, prevents the attachment of lysosome to the phagosome. It grows and divides in alveolar macrophage and ultimately cause pneumonia.

Albumins also enhance the growth of legionella species except for Legionella pneumonia. The genus is resistant to some antibiotics. In case of a contaminated specimen, antibiotics (to which legionella is resistant) are added in the culture medium, for example, anisomycin, polymyxin B, cefamandole, and vancomycin. Bacterial colonies appear within 3 to 5 days after culturing sample.

Francisella Tranulensis is a Gram-negative bacterium. Its association with a variety of animals and birds is common. In humans, it causes an infection called tularemia.

Its transmission in human is due to either direct contact with vector (rodent, rabbit and hares) or in contact with contaminated food, soil and water. The severity of the disease depends on the way of its transmission. If the infection occurs through direct contact with the infected animal by skin or mucous membrane, the disease is called Ulceroglandular trauma. At the site of entry, ulcer develops due to swelling of lymph nodes. The bacteria can then transmit to many other parts of the body, for example, the respiratory system particularly lungs, liver and spleen.

In 90% of the cases, the patients infected with Francisella tularemia acquire ulceroglandular tularemia. The mortality rate for it is less than 5%. However, if the infection occurs in the lungs, it can be life-threatening.

For diagnosis, biopsies of infected tissue or lymph node and blood are used as a sample to culture bacteria. The stubborn organisms are fastidious, so require some nutrient for its growth in a culture plate. It can not grow without cysteine and glucose. So, experts use specialized mediums like chocolate agar or BCYE for its growth. It also requires 5-7% Carbon dioxide to grow in a laboratory. The optimal growth occurs at 35°-37°C. The culture plate should be incubated for at least five days.  The colonies usually appear within four days of incubation.

Alert:  The notorious bacteria can easily infect laboratory personnel. The bacteria also played the role of a bioterrorism agent in past. It is a BSL-2 pathogen.

Helicobacter pylorus is a gram-negative spiral bacterium. It’s is largely found in the stomach lining of the human gastric mucosa. It is almost present in 50% of the population. The bacterium is famous for its association with infections like gastritis, peptic ulcer and peptic cancers.

To detect its presence, gastric juice or biopsy specimens of the gastric mucosa are cultured. The bacteria do not grow on simple nutrient agar. It requires microaerophilic and humid environment for its optimal growth. So, laboratory workers use a special culture media called Columbia and brucella agar. It is supplemented with sheep or horse blood. Microaerophilic containers keep the oxygen tension low. The ideal concentration of carbon dioxide for its growth is 5-10%.

The optimal growth occurs at 37°C and ph 5.5-8.5. Helicobacter pylori are also resistant to certain antibiotics. To restrict the growth of other bacteria and produce pure colonies, vancomycin, trimethoprim, polymyxin B and amphotericin B are added in the culture medium.

Fastidious bacteria are associated with many human diseases. So, their detection is very important. While growing them in Laboratory, many factors should be considered, for example, oxygen and carbon dioxide concentration, temperature, Ph and nutrients.

Syeda Shah is a self-motivated freelance writer. She believes that writing is a tool to change mindsets.