Do bacteria have chloroplast?

Home/ Do bacteria have chloroplast? 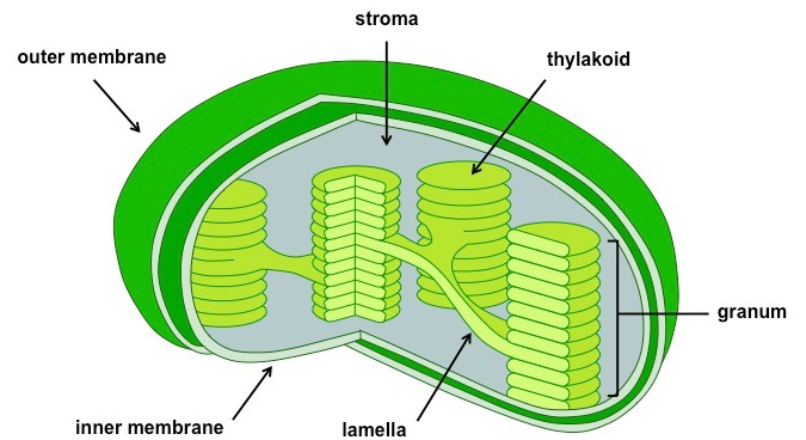 Do bacteria have chloroplast?

They consist of plastids that contain the chlorophyll pigments. They plastids are composed of thylakoid membrane that is stacked over each other to give a pile like appearance. The thylakoid membrane sacs contain the chlorophyll and carotenoids pigments that capture the energy from sunlight. They may contain chromogenic plastids and leucoplast plastids that consist of little amount of chlorophyll in it. This chlorophyll is unable to perform photosynthesis due to low in number. They can move in the plant cell and pinch into two during reproduction of plant cell. They are highly dynamic and circulate in the cell.

The inner chloroplast membrane is also responsible for synthesis of fatty acids, lipids, and carotenoids.

Stroma is the fluid that is present inside the outer and inner membrane structure. This fluid is riched with protein and alkaline. It is the aqueous solution that is present within the inner chloroplast membrane and outside of the thylakoid space. This stroma is closely related to the cytosol of the original cyanobacterium. It is composed of nucleoids of chloroplast DNA, chloroplast ribosomes, the thylakoid system, starch granules, and many proteins. Stroma is the place where Calvin cycle occurs. Calvin cycle is the cycle in which plant fixes CO2 into G3P

These are the components that are suspended within the chloroplast stroma. It is a highly dynamic collection of membranous sacks that is called thylakoids. Thylakoids is the place in which chlorophyll is present. Chlorophyll is responsible for capturing the light reactions of photosynthesis. These thylakoids are arranged in stacks form that forms the pile of membrane which is called as grana. In some plants or algal cells, thylakoids are free float in the cells and don’t form the grana.

The functions that are performed by chlorophyll is as follows:

There are two types of photosynthetic bacteria.

They are blue-green in colour and lives in water and moist places. They usually form a green layer around the water bodies.