Is Peptidoglycan a polysaccharide found only in bacteria?

Home/ Is Peptidoglycan a polysaccharide found only in bacteria? 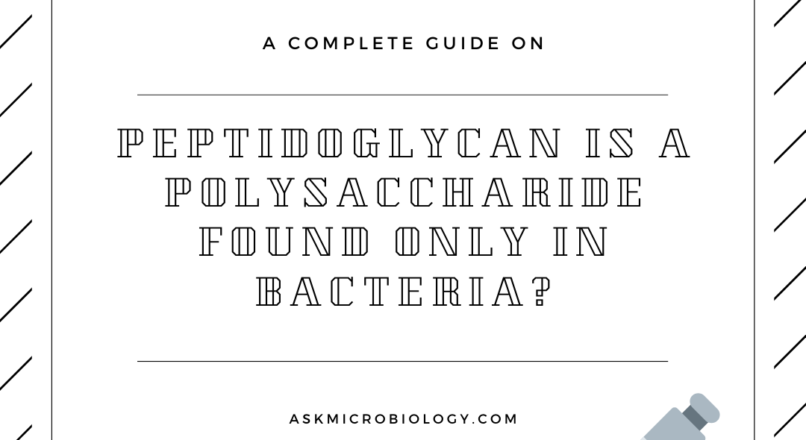 Is Peptidoglycan a polysaccharide found only in bacteria?

Classification according to peptidoglycan:

Peptidoglycan is responsible for the classification of bacteria. The bacteria are classified into two groups.

Gram-positive bacteria have a high content of peptidoglycan. Crystal violet binds with the peptidoglycan and gives dark purple color to the bacteria. This binding is not washed by alcohol and thus observes purple under a microscope.

Gram-negative bacteria have low content of peptidoglycan. Crystal violet binds with the peptidoglycan. This binding is washed by alcohol and thus retains the secondary dye color. It observes pink under the microscope.

It is present in cell wall as crystal lattice form. Two amino sugar chains are present which is called N-acetylglucosamine (NAG) and N-acetylmuramic acid (NAM). These NAM and NAG units are linked with the three to five linker peptides. These units are cross-linked with the amino acids residues. These amino acids are oligopeptides. Peptidoglycan monomers are present in the cytosol. Bactoprenol transport the monomers to the cell wall and prepare the cell wall.

The synthesis of peptidoglycan is inhibited in various ways;