Which structure acts like an “invisibility cloak” and protects bacteria from being Phagocytized?

Home/ Which structure acts like an “invisibility cloak” and protects bacteria from being Phagocytized? 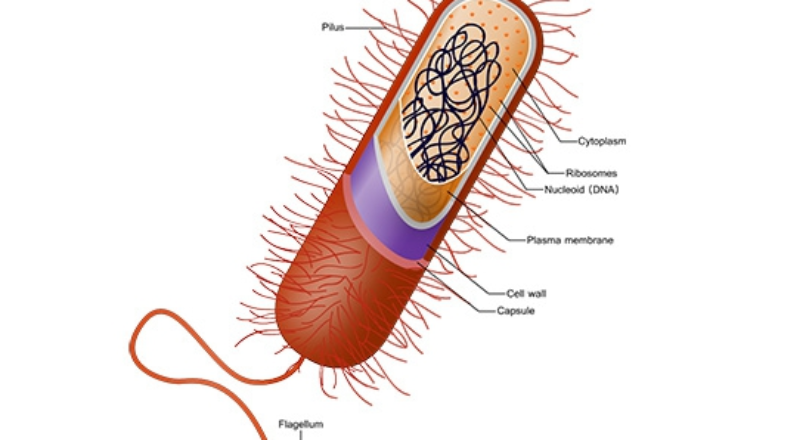 Which structure acts like an “invisibility cloak” and protects bacteria from being Phagocytized?

The capsule is the structure that acts as an invisible cloak and helps the bacteria from phagocytosis.

The characteristics of the capsule are as follows: 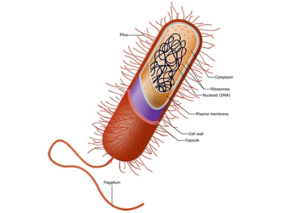 Some bacterial capsule is composed of glycoproteins. Glycoproteins are the structure in which the amino acids of proteins are attached to the carbohydrate group. Carbohydrate groups attach with the chain of polypeptides by covalently bonding. These oligosaccharides attach with the peptide chains during translation and post-translation modification.

E.coli capsule has peptidoglycan and muramic acids units in it. They are tightly packed to the capsule and don’t allow the stain to adhere to the capsule.

The capsule is tightly or loosely bound to the bacteria cell. Capsule performs many functions in the bacterial cell. Some of the functions of the capsule are as follows:

The capsule is virulent in nature. It is responsible for the pathogenesis of bacteria. It invades the immune system and allows bacteria to produce disease. It prevents the phagocytosis of the cell. Phagocytosis is the process in the immune regulation of host. In this process, first the pathogen must enter the body and phagocytosis occurs. Phagocytosis is an important process that is performed by phagocytes. Phagocytes phagocytized the pathogens or particles. When a pathogen is engulfed by a phagocyte, an intracellular vesicle called a phagosome captured it. Phagosome fuses with the lysosome to form a phagolysosome. The lysosome contains many digestive enzymes and chemicals that produce respiratory burst. It releases free radicals into the phagolysosome that killed the pathogen.

The capsule has many methods to avoid phagocytosis.

Capsule helps bacteria to attach to the surfaces. The capsule has a sticky nature that attaches with the surface of the host cell. The fruitful attachment is responsible for the development of the disease. Without the attachment, bacteria don’t cause disease. E.g. pneumonia is caused by the capsulated Streptococcus pneumoniae. If the capsule of bacteria removed by using heat or chemical, the non-capsulated bacteria don’t cause disease in the host.

This type of capsule has 0.2µm or more thickness. It is a thick membrane that can be observed through a compound microscope.

The capsule has a thickness of less than 0.2µm. It is a thin membrane that is visible under an Electron microscope only.

The two stains are used in this method. The one is Congo red that is an acidic stain. It imparts a bluish grey colour. The other stain is also acidic stains that are acid fuchsin. It imparts a pink colour to the bacterium. They both have positive charges. The capsule appears as a clear hollow area between the pink-stained bacterium and the bluish-grey stained background.

Copper sulfate is also used to stain the bacterial capsule.