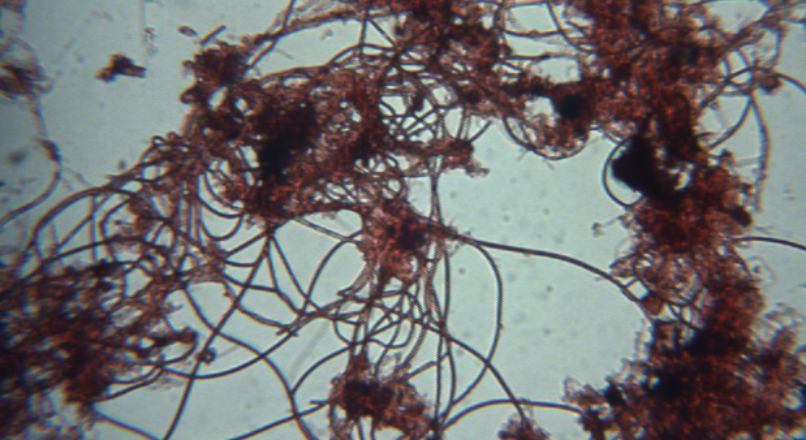 Filamentous bacteria are those bacteria that produce long mesh-like filament by growing end to end. These bacteria are seen as long strands under the microscope.

These bacteria are present in sludge areas for better settling. They are also present in water treatment areas.

They are present in the form of

They may appear as

Some filaments have cells that are stacked together. The cells are firmly attached with the sheath. Some filaments don’t contain sheath. These sheaths vary in size and shapes.

Attached growth is also called an epiphyte. It grows perpendicularly along a filament. This structure is optional for filamentous bacteria.

Branching is the main characteristics of filamentous bacteria. It may either true or false branch. True branching is the presence of continuum between the branches. Some bacteria just appear the formation of branches where two filaments join together.

The bacteria can be identified by using staining. There are many stains such as gram stain and Neisser stain that are used to identify filamentous bacteria.

Most of the filamentous bacteria are gram-negative only few are gram-positive.