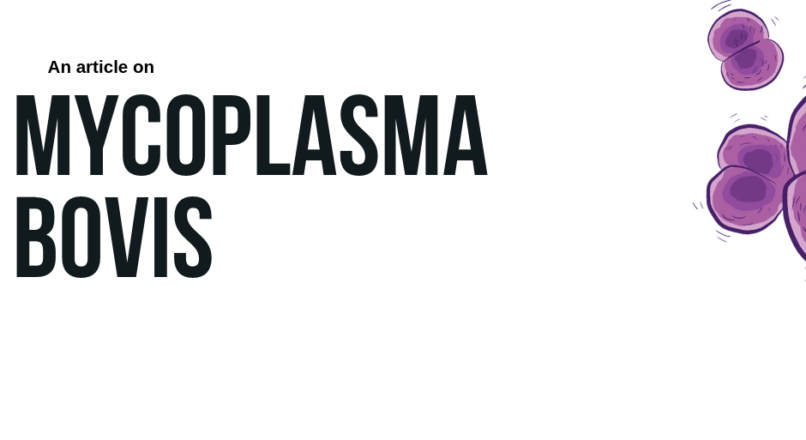 Mycoplasmas are the smallest known bacteria also called as Mollicutes. Mollicutes is derived from two Latin words Mollis and cutes meaning soft body. Mycoplasmas don’t have cell wall, they are wall less bacteria. Their size ranges from to equal to the size of Pox virus. Their key feature is absence of cell wall and due to the absence of cell wall they are naturally resistance to penicillin and other Beta – Lactams. They have cholesterol in plasma membrane. Most of the Mycoplasmas move by gliding movement.

Mycoplasma bovis is one of significant members of Mycoplasma group. Mycoplasma bovis was first isolated in 1961 in USA. It was discovered from a cow suffering with severe case of mastitis. Mycoplasma bovis spread due to the movement of animals to various part of world. Due to this movement it spread to Europe and North America. Now it is an important pathogen infecting bovines all over the world.

Mycoplasma bovis is an important pathogen of bovines. Its classification is as follows;

Mycoplasmas are the smallest known bacteria having 250 to 300nm size. They can’t be stained with Gram’s stain. For staining Gimsa stain is used. They are polymorphic in shape as due to absence of cell wall don’t have any specific shape. Cell membrane is flexible containing cholesterol in it.

Mycoplasmas are obligate parasites. They are dependent on external cholesterol source for the synthesis of their plasma membrane. So they need their host for the synthesis of plasma membrane and growth. They are dependent on host for getting most of their compounds. Mycoplasmas are difficult to culture on routine lab growth media. They require especial growth requirements and hence special media for their growth.

Mycoplasma bovis is a natural commensal of bovine respiratory tract with showing any signs and symptoms. It is shed from there to months or even years through nasal discharge. It is also present in male and female genetial tract and can be transfer through coitus or through artificial insemination with frozen seman. It transfers to young calves during suckling of milk if mother is having the disease like mastitis.

Bovine Respiratory disease is caused by a variety of bacteria, viruses and Mycoplasmas including Mycoplasma bovis. This disease effects respiratory tract and animal is unable to breathe properly facing breathing difficulties.

Arthritis is an inflammation of joints. In arthritis joints become painful and swollen. The animal suffering with arthritis feels difficulty in walking. Even it becomes so painful that animal feel reluctant to go and walk for feed or water.

Mastitis is an inflammation of udder which is usually caused by infection. It results in the decrease production of milk. The milk has higher somatic cell counts which is responsible for low milk production. There is also a low level of casein in the milk of animal suffering with mastitis.

Mycoplasma bovis is usually naturally in upper respiratory tract as comensal of it. It forms colonies at respiratory mucosa and from there it can spread to other body parts. Resulting in various diseases such as mastitis, bovine respiratory disease, arthritis and pneumonia etc. Depending on the body system effected with Mycoplasma bovis. And from that system it spread to other calves infection them too. Its incubation period is usually 2 to 6 days depending upon the number of Mycoplasma present in animal and herd.

Mycoplasmas bovis is mainly associated with diseases in bovins. It usually cause bovine respiratory disease, Mastitis, Arthritis and pneumonia but it can also cause otitis media if goes to ears. Even it can cause genital tract issues in some adults and decubital abscesses.

Following are the risk factors associated with the spread of Mycoplasma bovis.

The sampling site depends upon the area infected with Mycoplasma bovis. The sample could be sawbs taken from noal secretions, conjunctiva, trachea and genetilia. Milk and semen samples could also be taken. For transport of samples phenol red and glucose containing medium B-broth is used. Sample is kept at 4°C and transported to lab as soos as it is possible. Tissue sample can also be taken and used for diagnosis after homogenisation.

Mycoplasma bovis give typical fried-egg shape colonies on medium B and Hayflick’s medium after incubation of 72 to 96 hours. For further confirmation we can also check its biochemical profile.

Mycoplasma bovis can also he detected by immunological tests such as ELISA, SDS PAGE, immunobinding assay, western blot, and by using monoclonal antibodies for detection. 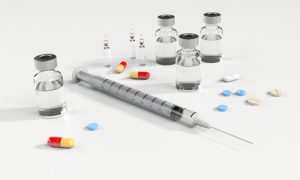 As Mycoplasma is a wall less bacteria so antibiotics targeting cell wall can’t be used for ts treatment. Antibiotics like tetracyclines, erythromycin and macrolides can be used for its treatment. For treatment of Mycoplasma bovis the approved drugs in cattle are Draxxin (Tulathromycin) and Resflor Gold. Florfenicol (Nuflor) and Batril can also be used. The duration of treatment is 10 to 14 days.